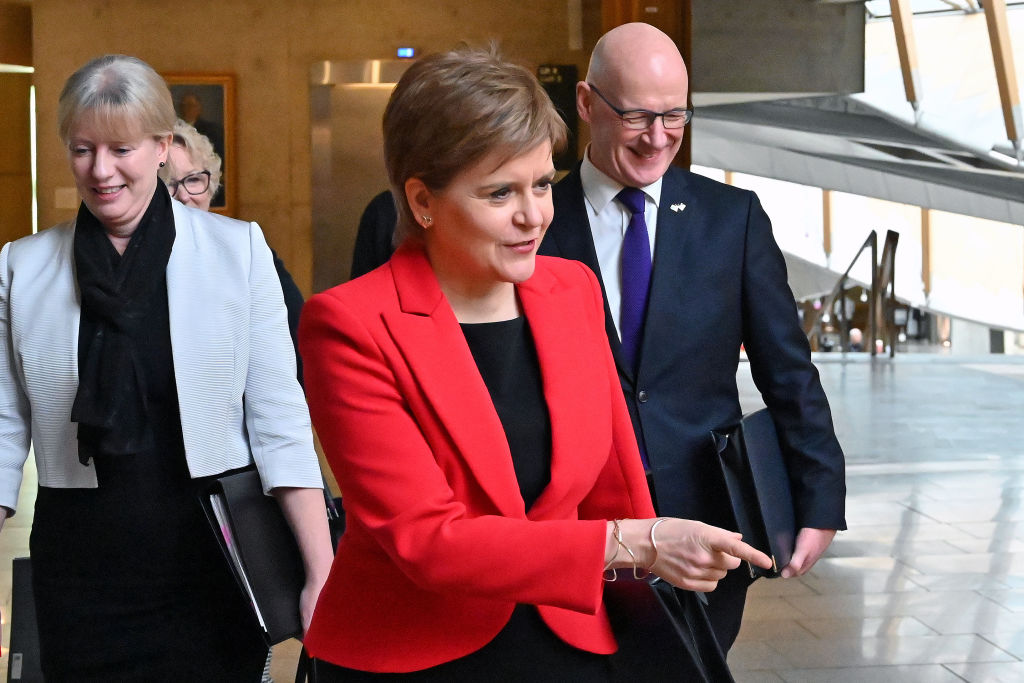 Trans people in Scotland will face fewer barriers to legal recognition after the Scottish Parliament voted through its Gender Recognition Reform bill.

The bill, which passed 86-39, will reform the Gender Recognition Act for Scottish trans people, allowing them to gain legal recognition without the need for a medical diagnosis.

When the new law is enacted, trans people in Scotland will be able to gain a Gender Recognition Certificate through a system of self-declaration, and will not have to submit any medical evidence or proof they have lived as their true gender.

The reforms will also drop the lower age limit for legal recognition to 16.

Stonewall director of nations Colin MacFarlane called the bill’s passing “a tremendous step forward for trans rights and for LGBTQ+ people in Scotland”.

“It brings Scotland into line with international best practice and once again establishes itself as a world leader on human rights, by making a small change which brings dignity to trans people who deserve to be legally recognised for who they are,” MacFarlane added.

“The UK government must now follow and introduce legislation to ensure that trans people UK-wide have access to the same standards of human rights.”

The Scottish Greens said: “This is a small but significant change that will make a big difference. It’s truly historic day for equality.”

While the bill won a strong majority, it faced stiff opposition from the Scottish Tories, who tabled multiple amendments during the bill’s final stages in an attempt to delay its passing.

On the first day of debate this week, on Tuesday (20 December), proceedings were plunged into such chaos that the session went on past midnight.

Glasgow’s Green MSP Patrick Harris wrote on Twitter that there was “more than an hour of delaying tactics” before members were “finally into the debate on amendments”.

“Those who have tried to delay this bill at every step of the way have behaved shamelessly, and continue to do so,” Harris said.

These tactics continued to be deployed on Wednesday, when the final vote was originally scheduled for.

The legislation, which passed its first vote on 27 October, will amend the Gender Recognition Act 2004 to lower the age limit to apply for a Gender Recognition Certificate (GRC) in Scotland from 18 to 16, and shorten the period a trans person has to wait before they can receive their certificate.

Trans people will also be able to gain legal recognition without being required to get medical reports or a diagnosis in order to obtain a GRC.

Scotland took matters into its own hands after the UK Tory government dropped plans to reform the GRA.

As the law currently stands, trans people must apply to a UK gender recognition panel and present reports as well as a diagnosis of gender dysphoria – a process that can take years given the immense wait times at NHS gender clinics. For those in England, Wales and Northern Ireland, there is no sight of change on the horizon under the Tories.

Scotland took matters into its own hands after the UK Tory government dropped plans to reform the GRA.

On the morning of the final vote, first minster Nicola Sturgeon said she “will never apologise for trying to spread equality”.

“Removing the need for medical diagnosis for a trans person who wants to legally change their gender is one of the purposes of this legislation because that is one of the most traumatic and dehumanising parts of the current system,” she said.

“As a woman, I know what it’s like to live with the fear at times of potential violence from men.

“I’m a feminist and I will do everything that I can to protect women’s rights for as long as live, but I also think it’s an important part of my responsibility to make life a little bit easier for stigmatised minorities in our country, to make their lives a bit better and remove some of the trauma they live with on a day-to-day basis and I think it is important to do that for the tiny minority of trans people in our society and I will never apologise for trying to spread equality, not reduce it, in our country.”

It’s been reported that UK equalities minister Kemi Badenoch is against reforms. She held a last-minute meeting with her Holyrood counterpart on Monday, where, according to a spokesperson, she “stressed how important it is that we have a strong framework for gender recognition that provides certainty and consistency for UK residents”.

Scotland’s social justice secretary Shona Robison said that she used the meeting to stress that the bill has been closely scrutinised – despite baseless suggestions it was being rushed through parliament. 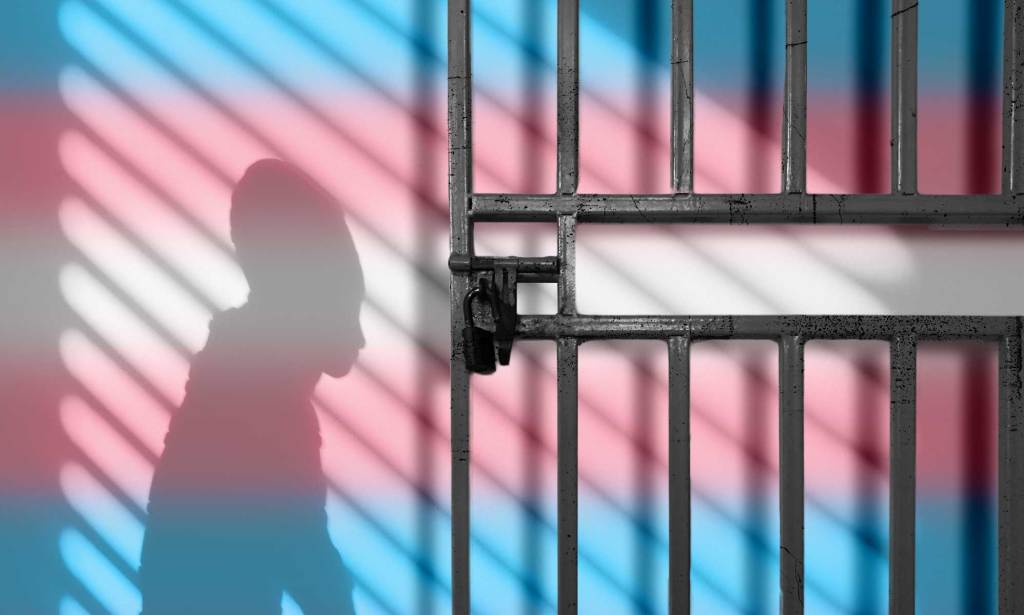 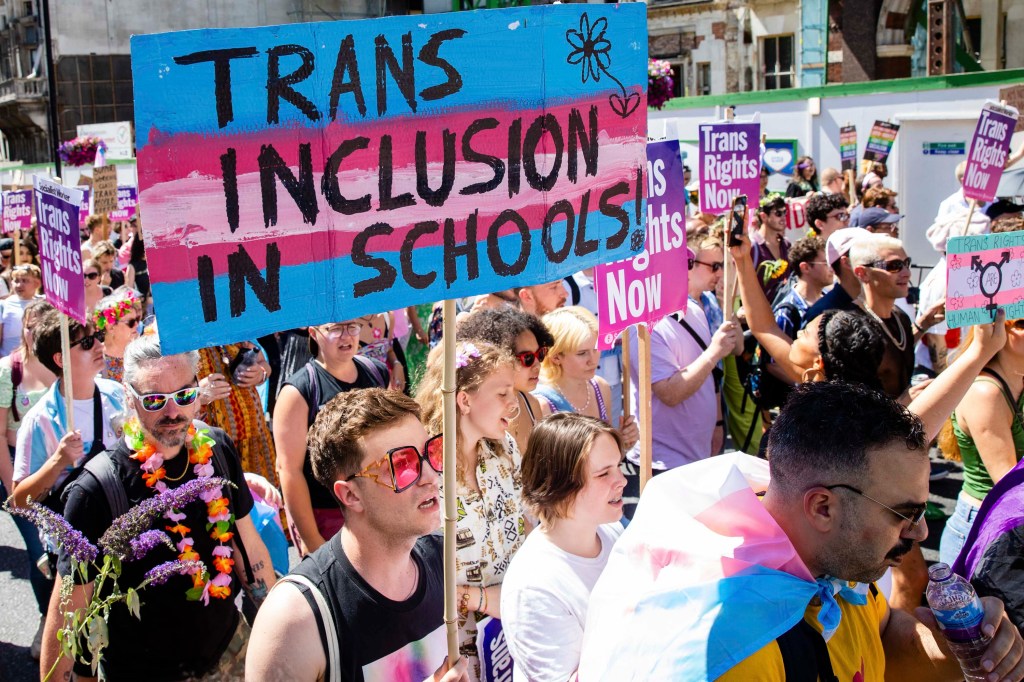 Trans
I’m a trans man in a country where self-ID is a reality. The sky hasn’t fallen in
Advertisement Remove ads