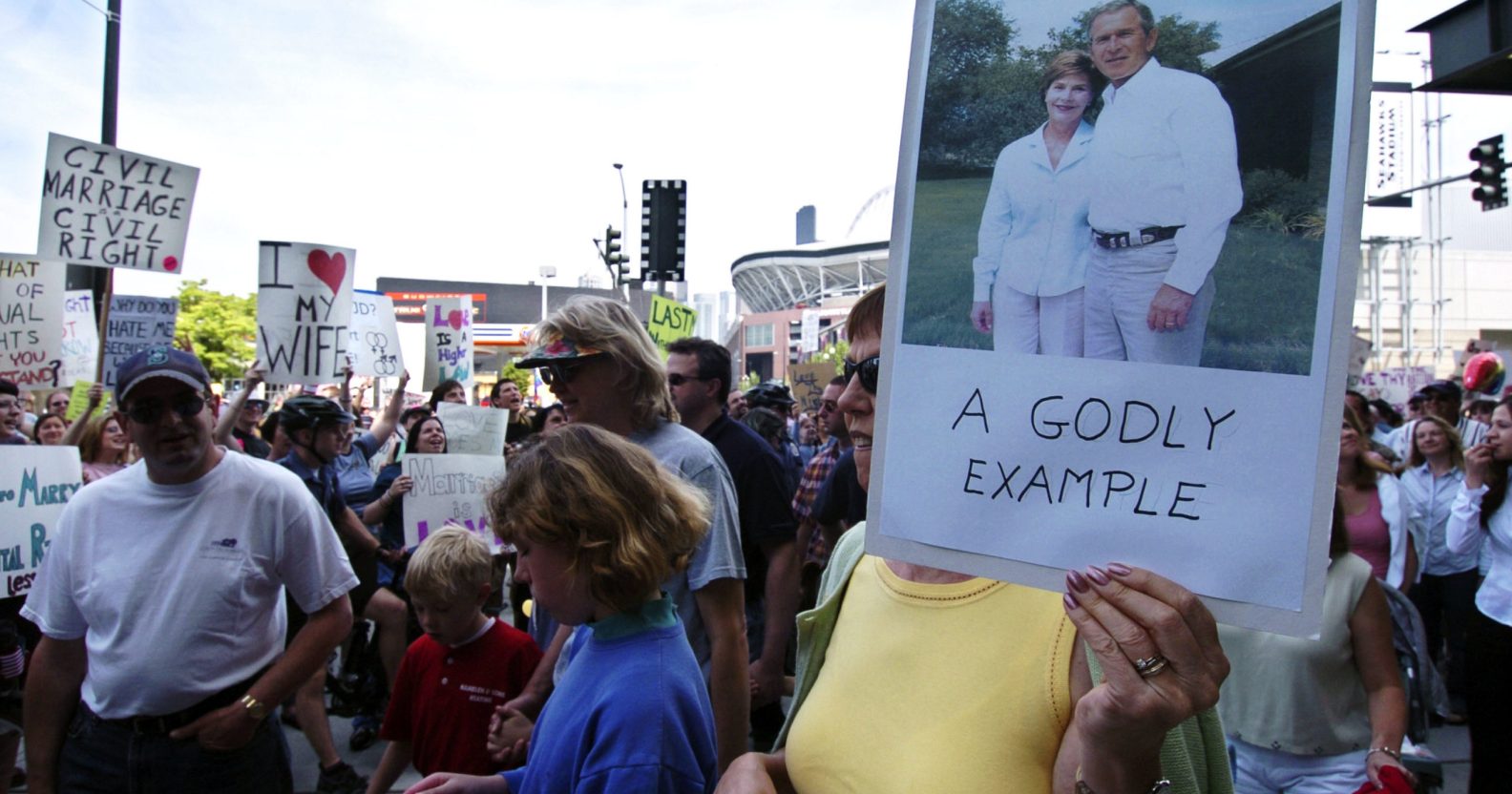 A woman holds up a picture of George W Bush and Laura Bush at a rally to for traditional marriage between a man and a woman on May 1, 2004 at Safeco Field in Seattle. Special speaker was James Dobson, founder of the evangelical Christian group called “Focus on the Family”. (Ron Wurzer/Getty)

The Colorado headquarters of the viciously anti-LGBT+ organisation Focus on the Family, which insists being gay causes “death and disease”, has been declared a COVID-19 outbreak site.

The fundamentalist Christian group was founded by James Dobson, and it believes: “Marriage is intended by God to be a thriving, lifelong relationship between a man and a woman enduring through trials, sickness, financial crises and emotional stresses.

“Therefore, Christians are called to defend and protect God’s marriage design and to minister in Christ’s name to those who suffer the consequences of its brokenness.”

"The biggest problem a transgender person…has is not their sexual issues. It’s they’re disconnected from Jesus." https://t.co/OMfblGs8t1 pic.twitter.com/son4D3fX2J

In one advice piece for a young person who wanted to know if being a lesbian is okay, the organisation responded: “Homosexual behavior is against the design of human nature.

“Men and women are indispensable to each other; they aren’t interchangeable blocks… The tree of homosexuality bears bad fruits.

“Sodomitical acts have not only external consequences like death, disease, and childlessness, but internal ones.

“Some of the internal consequences are psychological, like loneliness and compulsive behavior.

“Others are moral, for we cannot violate the human design yet expect things to go on as they were; ‘that road leads down and down.'”

But despite the group’s insistence that being LGBT+ causes “death and disease”, its Colorado headquarters has now been designated a COVID-19 outbreak site.

The “ministry” based in Colorado Springs has had three confirmed staff cases of COVID-19, as well as another possible infection this month, meaning that Focus on the Family is now on the state’s official list of active outbreak sites.

The fundamentalist, anti-abortion organisation has published articles comparing being queer to “divorce, misogyny” and “sex abuse”, insists that “transgenderism violates God’s design”, and encourages parents to tell their children that the LGBT+ community is made up of “people whose sexuality has been damaged or whose healthy development has been derailed”.

.@DalyFocus: "We affirm the Scriptural teaching that homosexual strugglers can and do change their sexual behavior and identity (1 Cor. 6:9-11). In the process, some, such as Jeff Johnston, also find their attractions changing, too." https://t.co/hKCwru9A6r— Focus on the Family (@FocusFamily) November 14, 2018

Focus on the Family “supports the availability” of conversion therapy, and its website can even be used to locate “Christian counsellors” who specialise in “gender identity issues” and “homosexual issues”. 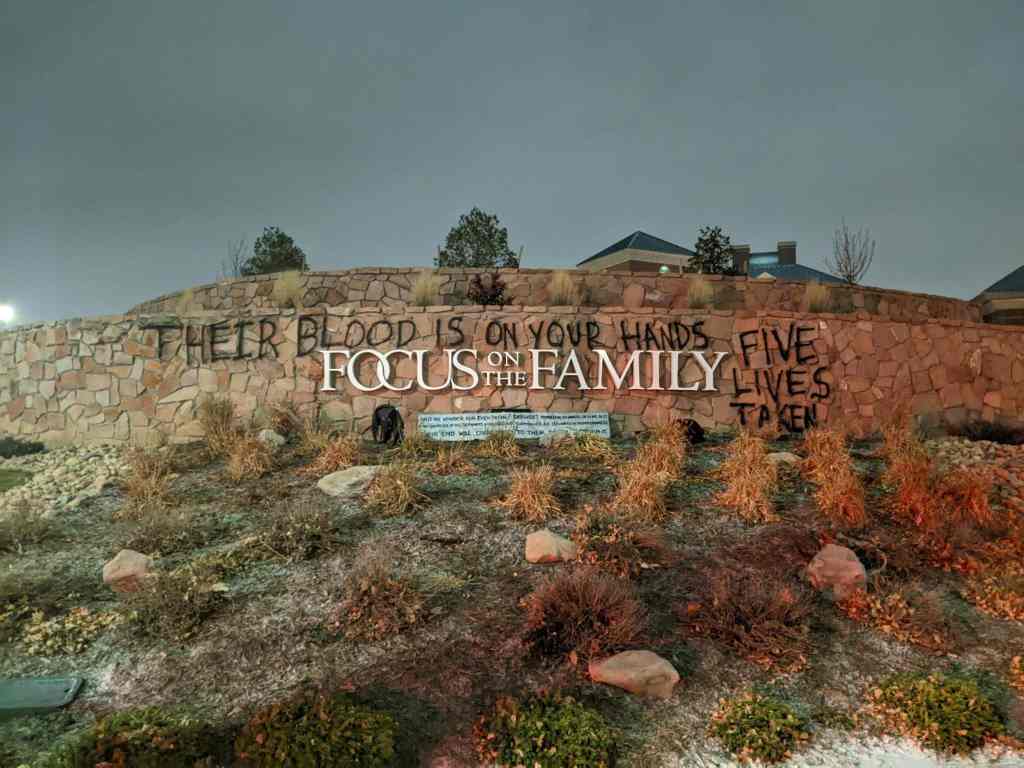