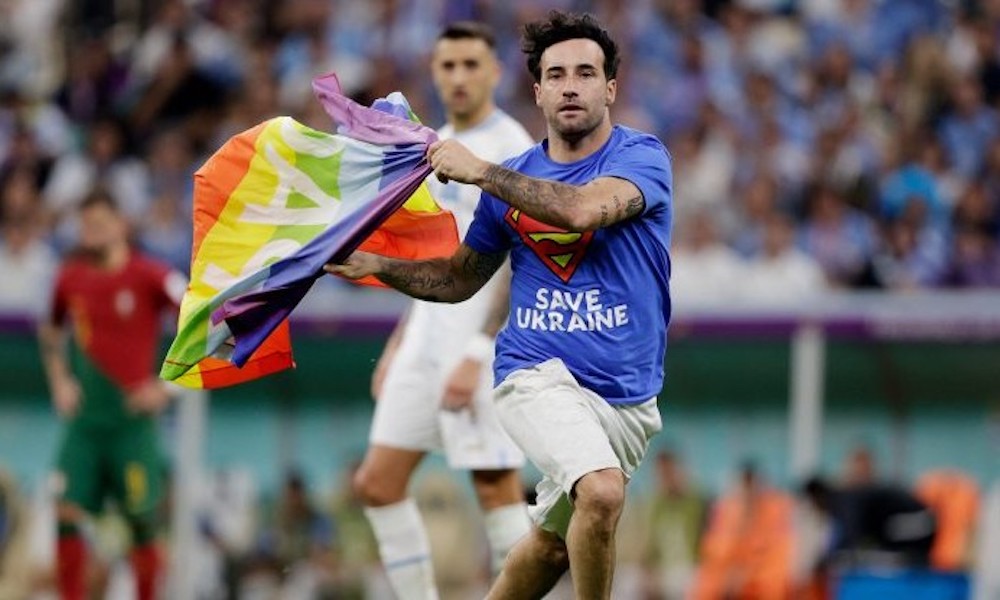 Heroic activist Mario Ferri Falco, who stormed across the pitch at the Qatar World Cup with a rainbow Pride flag, has been banned from attending all further games in the Gulf state.

Falco interrupted Portugal’s match against Uruguay on Monday (28 November), wearing a T-shirt that read “Save Ukraine” on the front, and “respect for Iranian women” on the back.

The 35-year-old was swiftly escorted from the pitch after being tackled to the ground by security. He has now been banned from attending future matches.

“He was released shortly after being removed from the pitch,” the Qatar World Cup Supreme Committee told SkyNews.

“His embassy has been informed and his Hayya Card has been cancelled.

“He has been banned from attending future matches at this tournament.”

Football fans must obtain a Hayya card in order to access the World Cup stadiums and Qatar. It also gives owners free access to the metro and bus services on match days.

Following his powerful protest, Falco posted on his Instagram story to share the news of his release from Qatari authorities.

“So many emotions right now. No legal consequence I am free.”

In a separate post on his Instagram page which is currently unavailable, he shared: “I wanted to send important messages for me that I have lived on my skin in the past months.

“A message for Iran where I have friends who are suffering, where women are not respected.

“FIFA banned captain armbands with rainbow and human rights flags in the stands, they blocked everyone but not me.”

He continued: “Save Ukraine. I was a month in the war in Kiev as a volunteer and I saw how much those people are suffering.”

Falco has a history of political pitch invasions, including at the Club World Cup final between Inter Milan and Mazembe in Abu Dhabi in 2010, where he demanded the release of Sakineh Mohammadi Ashtiani, who had been sentenced to death by stoning. He was eventually released.

In 2014, he invaded a Brazil World Cup game between Belgium and the USA, telling the stadium: “Save favelas children.”

This year, he helped around 60 refugees escape Ukraine at the Polish border.

Under Qatar’s Penal Code 2004 queer people can be jailed for up to seven years if convicted of having sex, and under Sharia law, homosexuality is punishable with the death penalty. 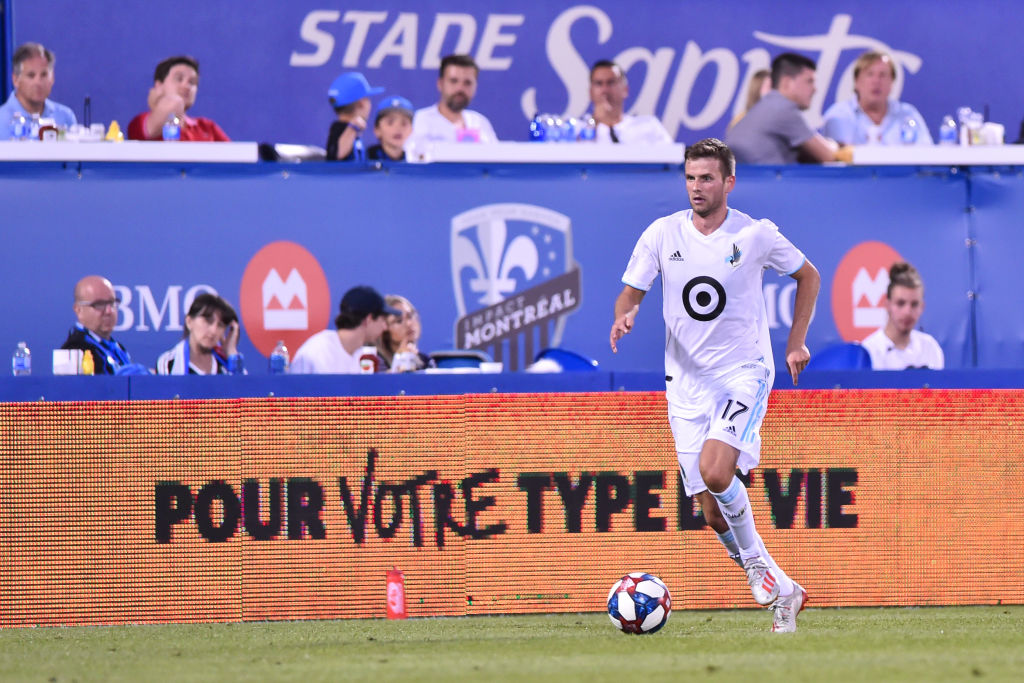 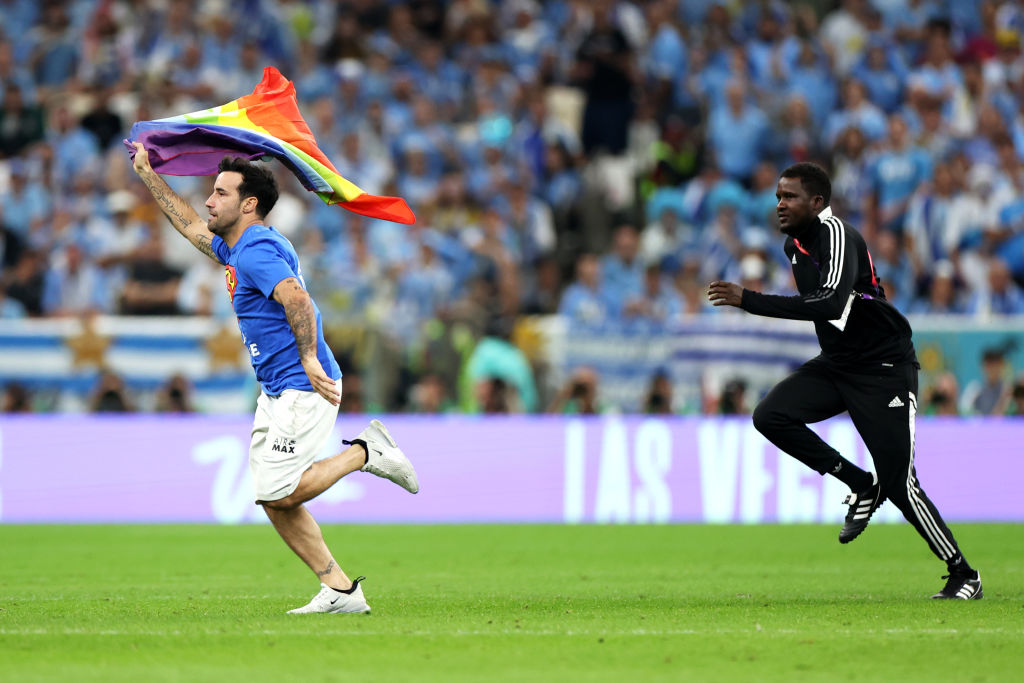 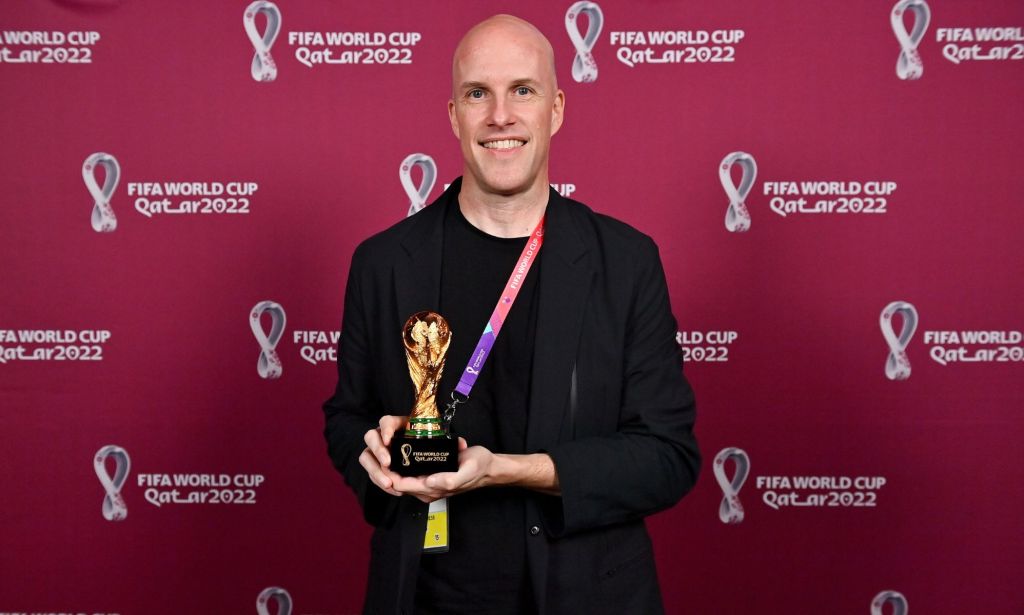 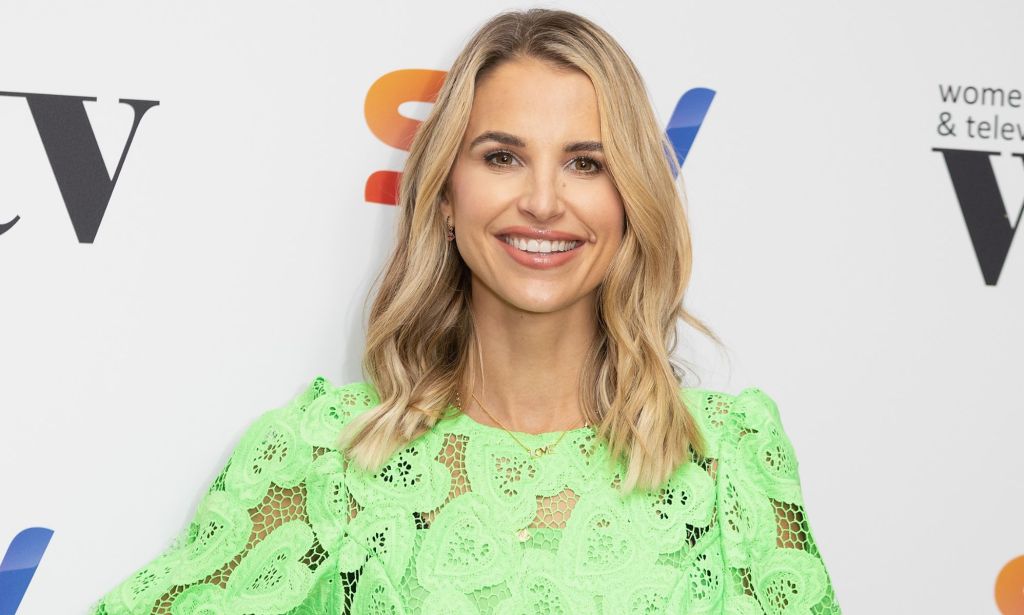 Sport
Model Vogue Williams refused Qatar World Cup invite due to sister being gay: ‘No way I would go’ 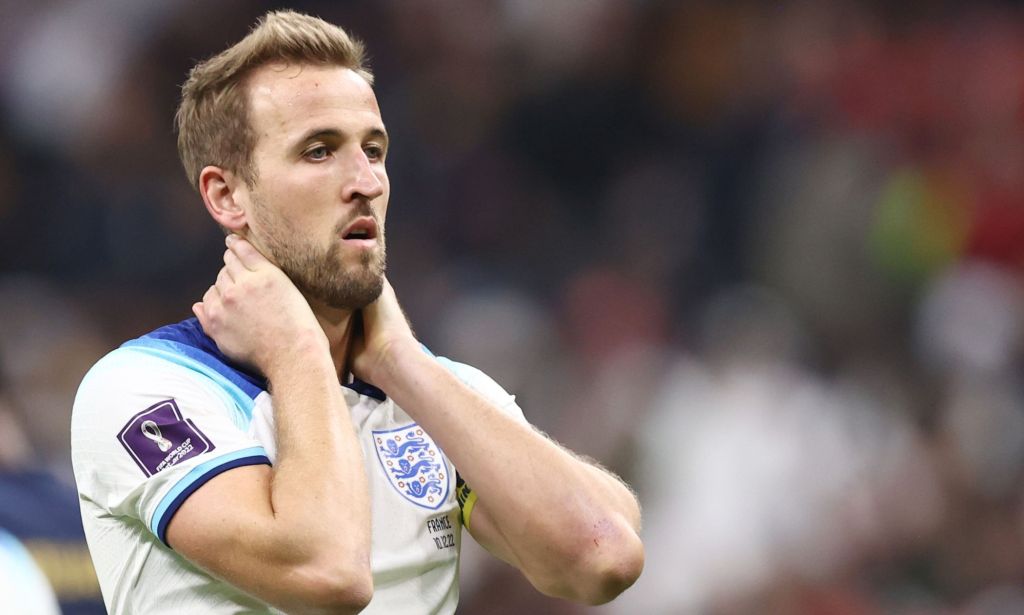