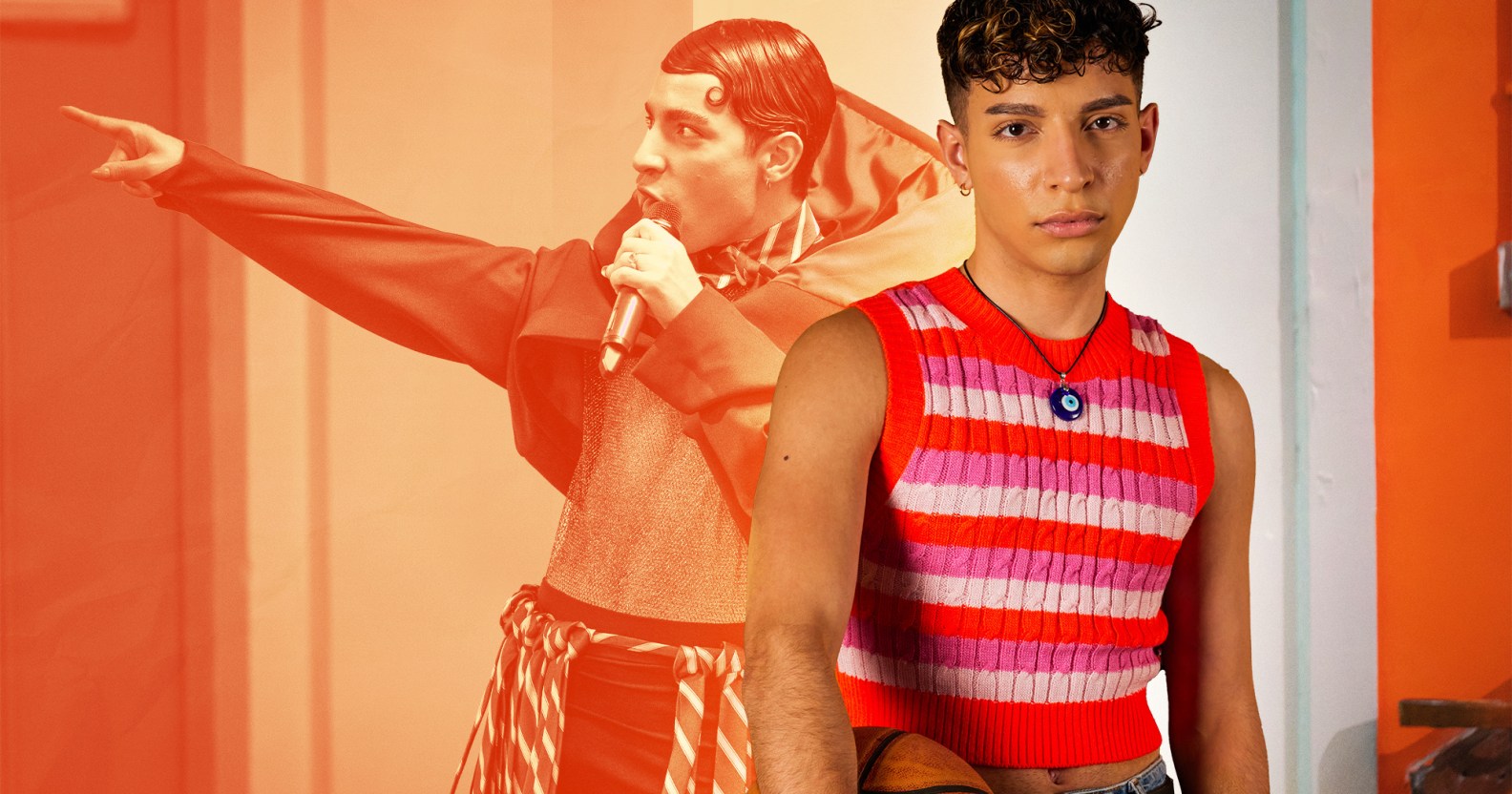 Waterloo Road is back after an eight-year break, with a diverse new cast of students including queer Muslim character Kai.

The BBC drama, which follows the messy lives of students and teachers at a state comprehensive school in Greater Manchester, went off-air in 2015 having helped launch the careers of Bridgerton’s Regé-Jean Page, Doctor Who’s Jenna Colman and Emily In Paris’ Lucien Laviscount.

The original series was characterised by its melodrama – with death, affairs and scandals galore – but managed to tackle real issues facing young people.

The revival will be no different, taking on topics including racial justice, LGBTQ+ rights and homelessness.

Actor Adam Ali is ready to “subvert misconceptions” with his character Kai, a queer, Muslim student and basketball player.

“Each of them is going through something. It’s an opportunity to see people from different walks of life coming together and dealing with the world.”

Kai is a “sweetheart”, Adam tells PinkNews, describing him as “really, really lovely to everyone” and “a beam of light”.

And playing a queer character with so much “hope and optimism” has been a breath of fresh air for Adam.

“For so long, whenever I did play queer characters, they had to deal with a lot. They had to be very resilient in the face of adversity,” he explains.

“At Waterloo Road the adversity doesn’t look like homophobia or targeted abuse, there isn’t the queer tragedy story cliche at all.”

While the scope of Waterloo Road is much smaller, exploring queer Muslim visibility in a UK classroom is just as important for the actor.

He’s keen to emphasise that despite being set in a school in Manchester, the discussions happening on the show are ones that anyone around the world can relate to.

“Some of the most interesting conversations are between the young people on Black Lives Matter, racism, social injustice and everything that is going on in the world. The characters in Waterloo Road are discussing them. And there is a lot in there,” he explains.

Adam has been able to give the perspective of a “queer Arab Muslim”, and getting the representation right meant he was in the writer’s room from day one.

“I wanted to make sure that we didn’t fall into any of those tropes, or those holes or those traps. And of course, no one’s better to do that than me because it is a lived experience.”

Some of the decisions included making the character Arabic, with Adam suggesting the name Kai Sharif in homage to groundbreaking Egyptian actor Omar Shairf.

Most of all he wanted boys across the country just like Kai to know that there are others like them out there. “I wanted him in full makeup on the basketball court. Walk into any high school and you see that boy.”

And Adam hopes LGBTQ+ Muslims can find him a source of inspiration behind the screen as well.

“Growing up Muslim some people have you believe that queer people are destined to have a life of unhappiness and sadness,” he says.

“I’m 23, thriving, successful, surrounded by people that love me, my career is popping off.  Don’t come for us. Queer people that are Muslim and actually embrace both their queerness and their faith live a really beautiful life because it’s nuanced.”

While people like Queer Eye’s Tan France have paved the path for “modern British queer Muslim” success on screen, Adam is doing it for “my community back at home [in Libya] who don’t have the rights that we have here.”

As a new term begins for the students of Waterloo Road, Adam hopes he gives “queer Arab magic” and shows that, at the end of the day “there’s room for everyone”.

Waterloo Road will air weekly at 8pm on Tuesdays on BBC One and BBC iPlayer.