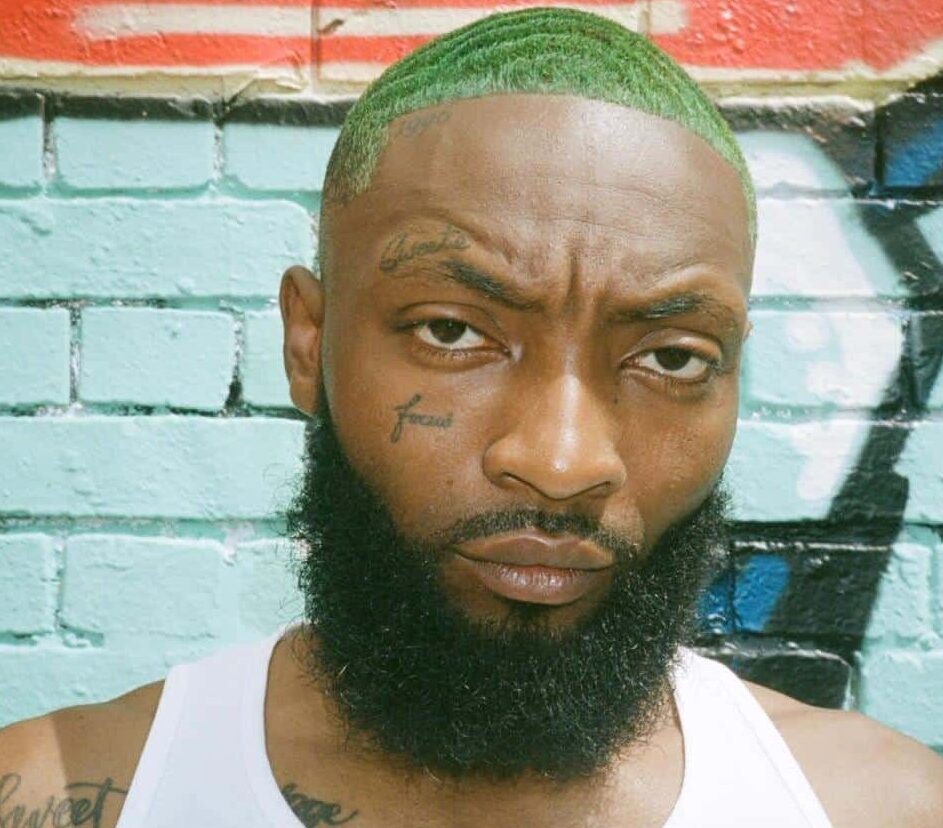 In 2022, one of the biggest names in rap is Lil Nas X, an openly gay man who kisses male dancers on stage at awards shows and dances naked in prison showers in music videos.

But there hasn’t always been a place for gay men in rap. In 2003, American rapper DMX included lyrics saying “how you gonna explain boning a man?” in his hit “Where The Hood At?”, a track littered with homophobia.

Even this year, the release of Central Cee’s controversial “Doja” caused uproar over its references to LGBTQ+ people. In it, he questioned: “how can I be homophobic. My b***h is gay”. The lyrics received backlash and the rapper spoke to confirm he isn’t homophobic.

Denell Mullings, who is proudly gay, raps under the name Carter The Bandit and says he is quick to get on the mic “and let you know I’m a UK gay rapper” when performing to any crowd who may be unsure.

“I don’t want no one talking my truth,” he tells PinkNews.

Carter The Bandit is a UK gay drill artist, describing himself as “independent, powerful and savage”.

“There’s still people that look at gay rappers and say they’re gay, like, they’re going to rap about this – and they laugh about that.

“Sometimes the visuals that we have may not be acceptable for them. It’s just how we feel, and it’s the same way they express how they feel in their videos.

“It’s a creative space. Every artist has his artist name and then their own life, it’s two different worlds.” 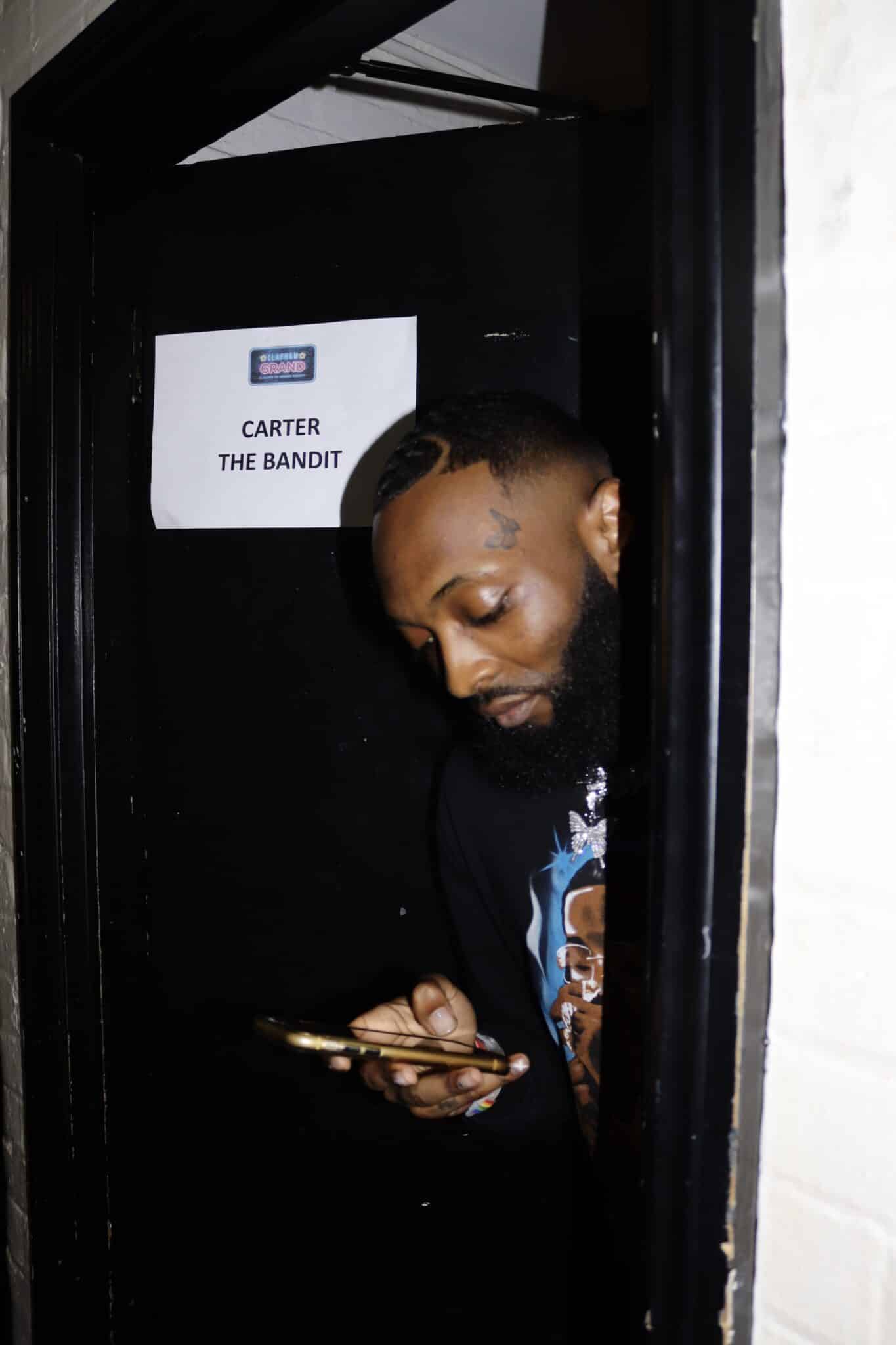 Aware of the homophobia present in rap music throughout the decades, the 26-year-old says he feels the industry is slowly changing.

This year fans even heard one of the biggest, straight artists in rap, Kendrick Lamar, speak about queer inclusion in his song, “Auntie Diaries”.

The Peckham-born artist says it is an important song to show that artists care about the queer community.

“There’s so many artists that I look at and think they don’t care about us, as much as they act like they do,” Carter The Bandit says.

“They know that our community is very strong, very passionate about how we are and it’s powerful that Kendrick Lamar done that because it’s to bring awareness to the issue.”

However, as well as praise for the topics covered in the song, it also proved divisive because of the repeated use of the word f****t.

Admitting he barely listens to straight male artists, Denell believes this has shielded him from hearing homophobic lyrics in rap songs.

“I can relate, but it’s the same way they can’t really relate to us sometimes.

“It’s stuff that we can both relate to, it’s just they don’t want to act like they relate to what we [gay men] talked about.”

Denell calls his music “inclusive drill”, and it was thanks to the pandemic – and his love of artists such as Megan Thee Stallion, Ms Banks, Ms Lafamilia, and Saucy Santana – that Denell began making music. 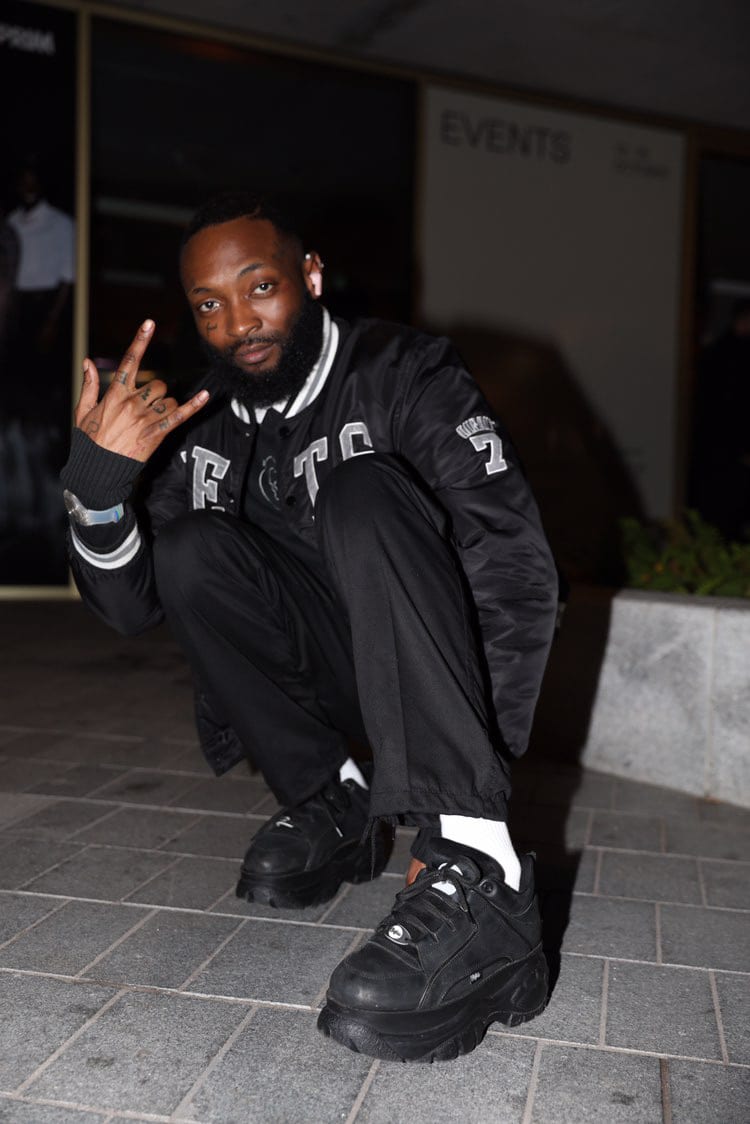 Carter The Bandit’s dream collocation is with US rapper Saucy Santana. (Olivia Cartier)

Performing as Carter The Bandit, he hopes the younger generation take from his lyrics “to be yourself”.

“Make sure you’re always yourself and live your truth.”

Away from creating drill Denell says he is “chill”, but uses his music as an outlet to express himself.

He’s not experienced much in the way of homophobia in the music industry, but is quick to recognise it if it crops up.

Broadcasting freestyles on TikTok under the name “baddest b***h on the block” Denell says people only focused on the b***h part.

“I called myself it and it got posted on a lot of drill pages and there were homophobic comments there, but it’s like, responding to them, I can’t respond.

“If I respond I’m giving you too much energy.”

The best way to deal with homophobic people is to “ignore them” the 26-year-old says.

Carter The Bandit: ‘Not enough spaces for gay Black artists’

He records in a queer-friendly studio, Carter The Bandit hopes to get to a point in his career where he can afford to open a studio specifically for the Black LGBTQ+ community.

“People look at us and think, we’re Black. That’s cool, but then being gay as well…in our community and the households that everyone’s coming from and stuff a lot of people aren’t used to, that it’s the way they’ve been brought up and it’s not allowed.” 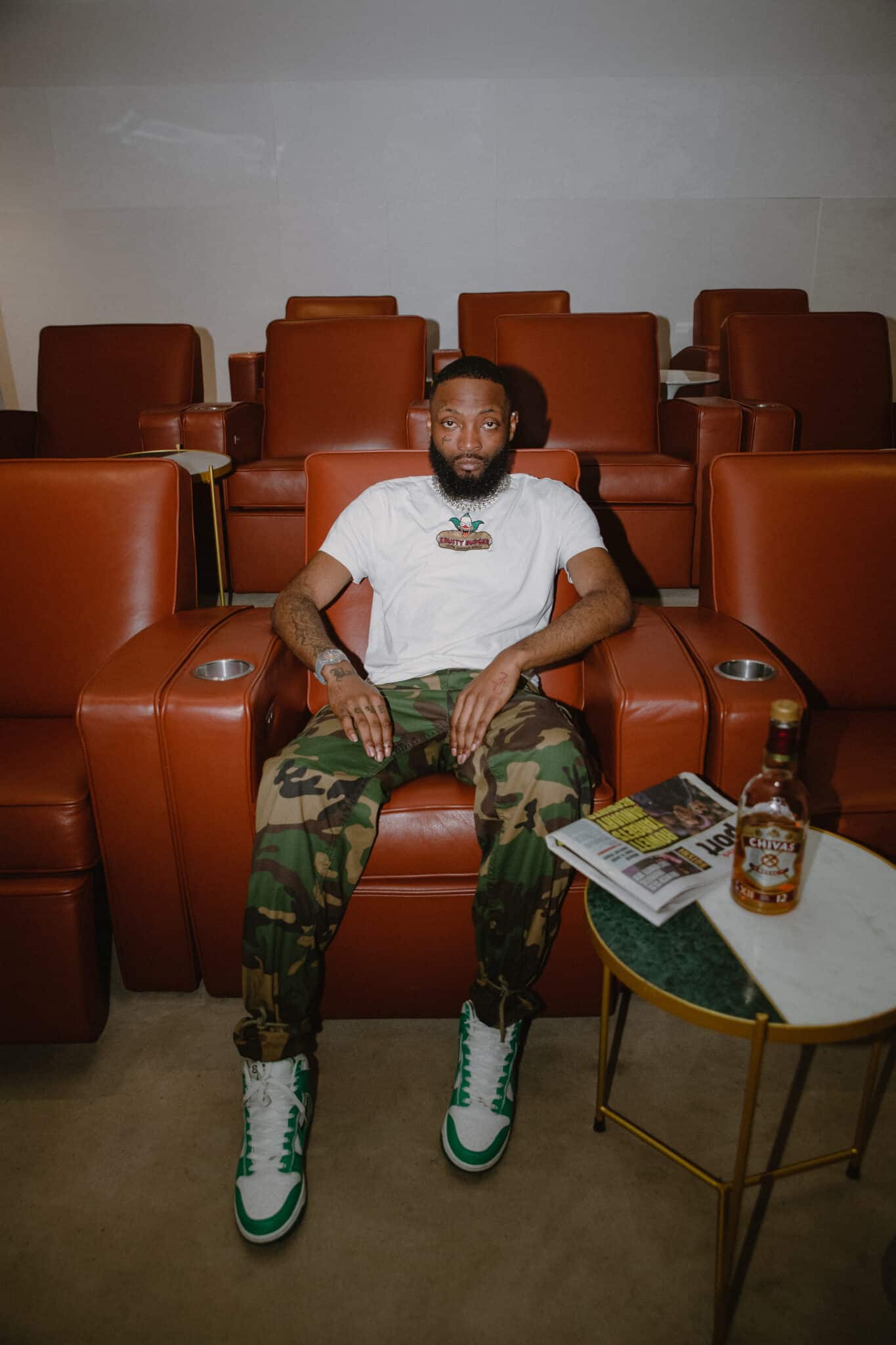 Homophobia often stems from households and “projects out” and is something Denell believes the Black queer community “need to change”.

“We’re gay but we still go through the same things. It’s not that people fail to understand it, but they were raised that way,” he adds.

“We need to change to be in a mutual position so we’re fine in the same areas. We don’t need to cuss each other out.” 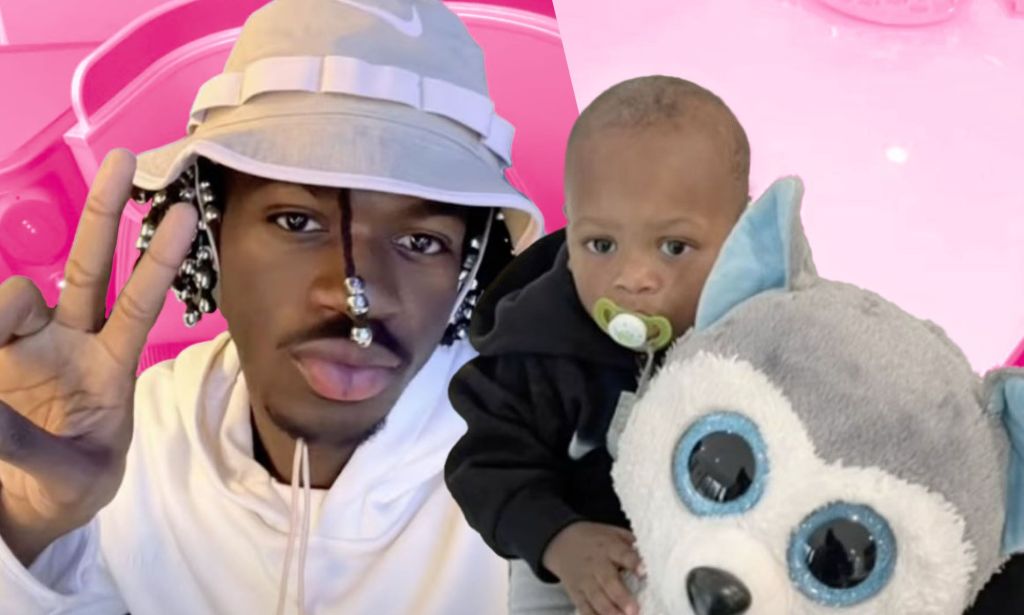 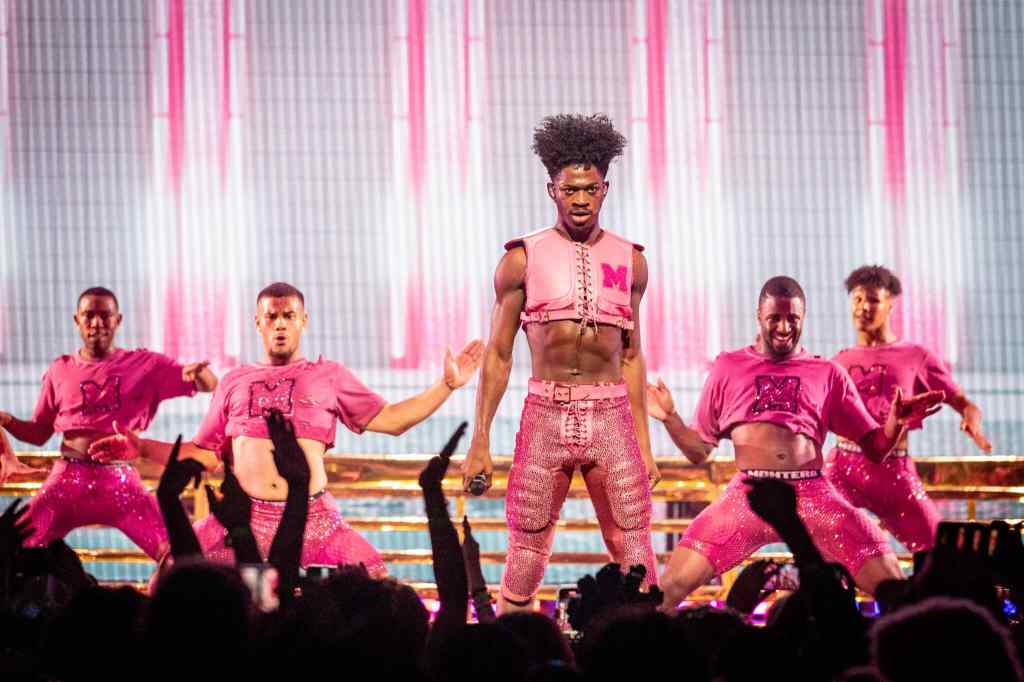 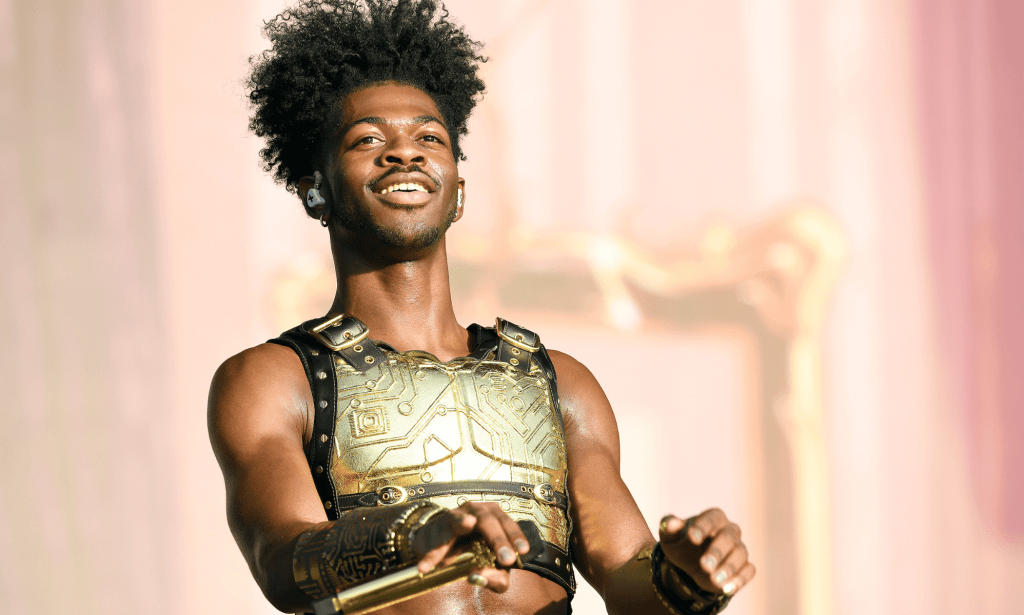 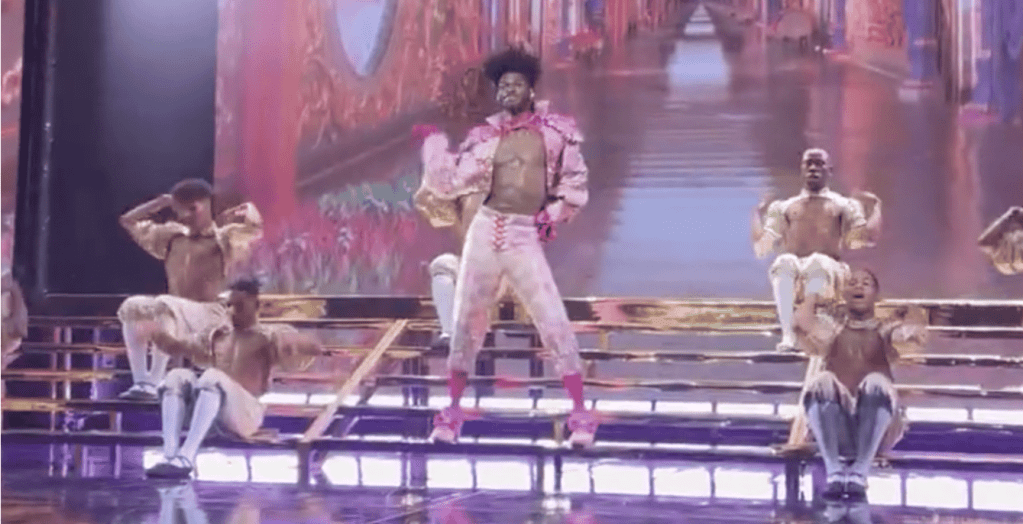 Music
Lil Nas X voguing to Beyoncé on tour is giving the internet life: ‘So much Black, queer excellence’ 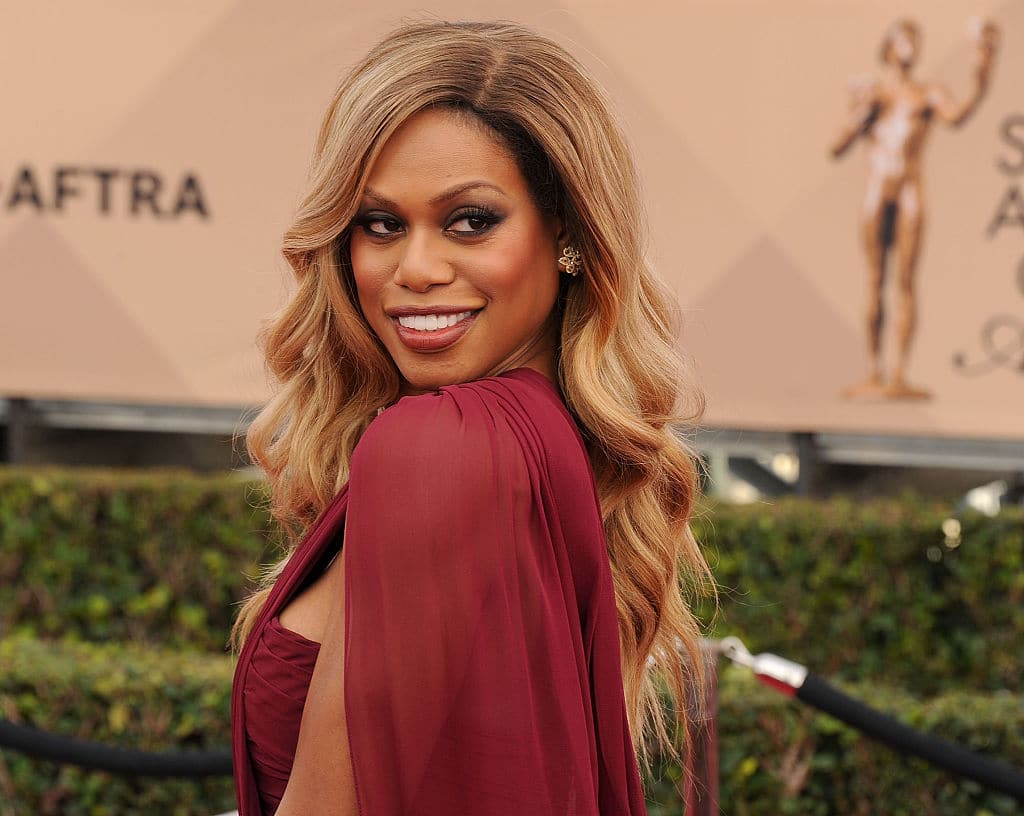