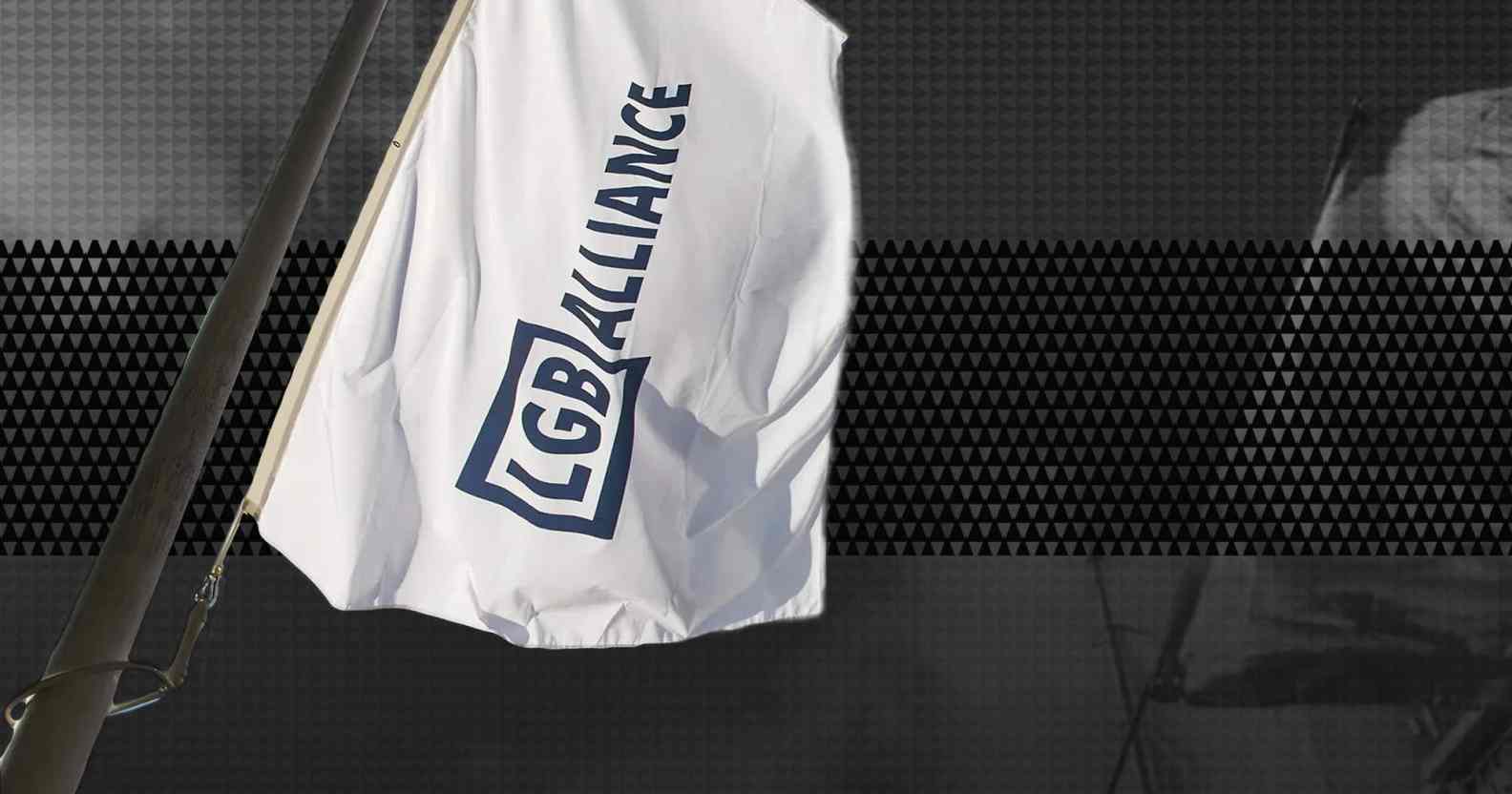 The LGB Alliance is facing a legal challenge. (Getty/PinkNews)

A tribunal is currently hearing a case brought by the trans youth charity Mermaids arguing that the LGB Alliance should not be a registered charity.

But what is the history of the infamous anti-trans organisation?

In September 2019, a group of 22 people, including Stonewall co-founder Simon Fanshawe and journalist Julie Bindel, published a letter in the Sunday Times which accused trans-inclusive LGBTQ+ charity Stonewall of undermining “women’s sex-based rights and protections”.

The letter’s signatories said that because of Stonewall’s policies of trans inclusion, “there must surely now be an opening for a new organisation committed both to freedom of speech and to fact instead of fantasy”. One month later, LGB Alliance was born. 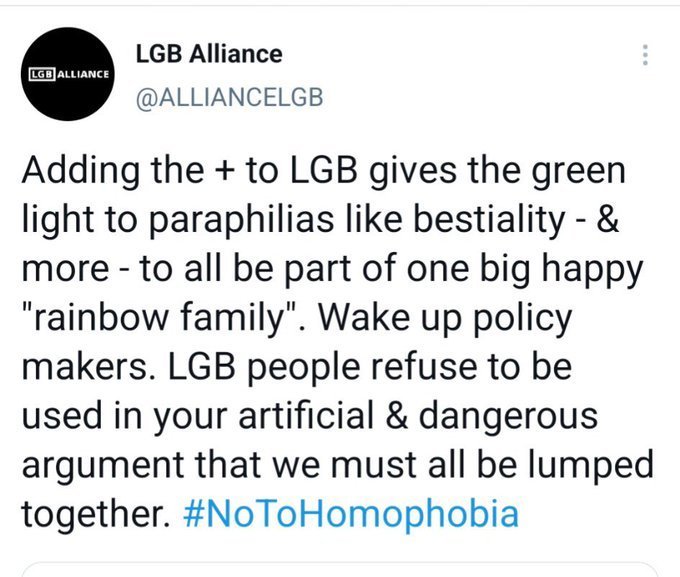 The LGB Alliance has made offensive claims comparing LGBTQ+ inclusion to people who have sex with animals. (Twitter)

The group was founded by Bev Jackson, Kate Harris, Allison Bailey, Malcolm Clark and Ann Sinnott, all of whom remain involved to this day.

Speaking to The Telegraph at the time of the group’s creation, Harris said: “We welcome the support of anyone – gay, straight or trans – as long as they support our commitment to freedom of speech and biological definitions of sex.

“So we are a very broad and accepting group. We will be called transphobic, but we’re not.”

LGB Alliance claims its purpose is to see “lesbians, gay men and bisexuals living free from discrimination or disadvantage based on their sexual orientation”.

But ever since its inception, the organisation has campaigned to erode trans rights and paint the trans community as dangerous to women and children.

The group’s lobbying began with a letter-writing campaign to the UK’s human rights watchdog, the Equality and Human Rights Commission (EHRC), accusing Stonewall of “dismissing out of hand the widespread concerns of thousands of lesbians at the erosion of their most basic rights and dignities”, but soon developed into more organised political lobbying and legal action. 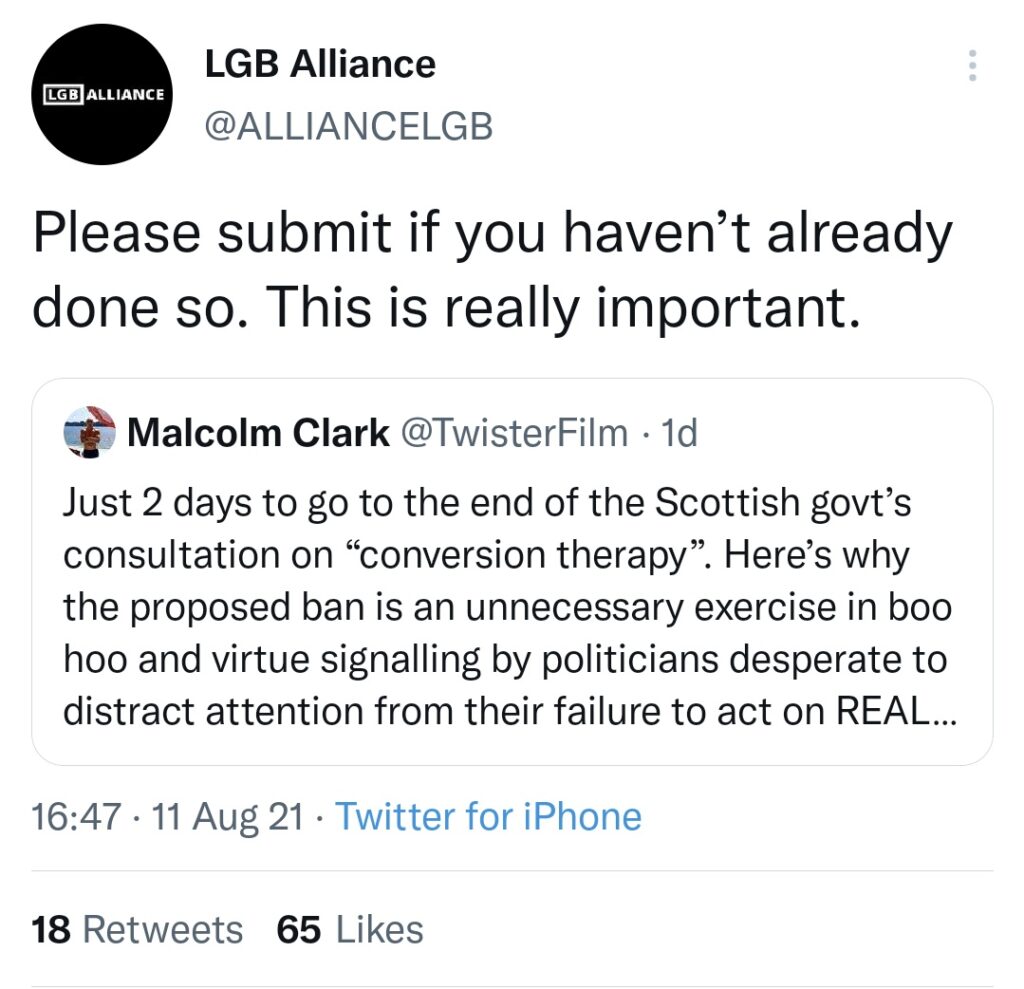 Over the following months, the group targeted the census for asking respondents to list their “sex registered at birth”, inclusive sex and relationships education in schools, and reform of the Gender Recognition Act (GRA) to make legal recognition easier for trans people.

As the group’s activity increased, even holding a conference for the first time in 2021, so did the outrage and scrutiny from the wider LGBTQ+ community.

Shortly after its launch, in March 2020, LGB Alliance applied for charity status with co-founder Bev Jackson saying in a speech at the time: “We’re applying for charitable status and building an organisation to challenge the dominance of those who promote the damaging theory of gender identity.”

Despite more than 40,000 people signing a petition urging the Charity Commission to reject the application on the grounds LGB Alliance is an “anti-trans hate group”, it was accepted in April 2021.

LGB Alliance received huge criticism for its anti-trans lobbying, and also for revelations that called into question its claims that it worked for the rights of LGB people – for, example its connections with neo-Nazis, homophobes, and anti-abortion organisations in the US, as well as its claims that opposing same-sex marriage was “not homophobic”. 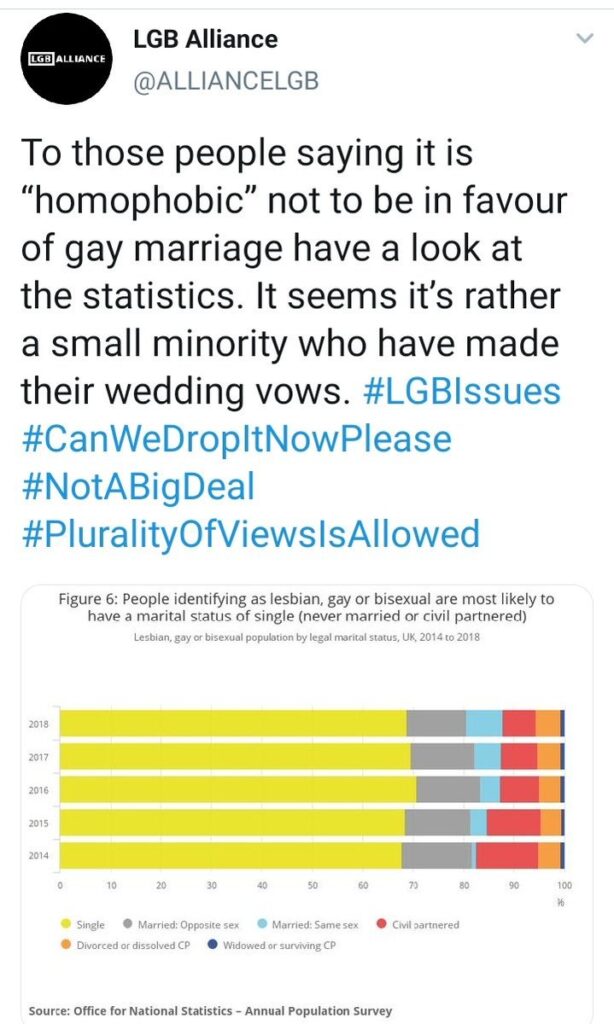 It wasn’t long before LGB Alliance members began claiming that they were becoming victims of “cancel culture” because of their anti-trans beliefs, including former University of Sussex professor turned LGB Alliance trustee Kathleen Stock, who was paraded as an example of ‘gender-critical’ women being “forced out of their jobs”.

In reality, Stock voluntarily resigned from her role.

Allison Bailey sued Stonewall and Garden Court Chambers, of which she is a member, claiming she had been discriminated against because of Stonewall. She would go on to lose her case against Stonewall.

Meanwhile, her LGB Alliance co-founder Ann Sinnott was refused permission to bring a judicial review against the EHRC’s guidance for service providers on interpreting the Equality Act, which says trans people can only be excluded from single-sex spaces if it’s a proportionate means of achieving a legitimate aim.

The group also relentlessly promoted the High Court case Bell v Tavistock, which ruled that under-18s could not be prescribed puberty blockers. This ruling was later overturned.

But the LGB Alliance’s latest legal battle is different.

With trans youth charity Mermaids – supported by LGBT+ Consortium, Gendered Intelligence, LGBT Foundation, TransActual and Good Law Project – questioning the Charity Commission’s decision to register LGB Alliance as a charity, the group will for the first time have to legally defend the work it does, or doesn’t, do to actually improve the equality and human rights of LGB people.

Summing up the argument against LGB Alliance’s charity status, Good Law Project director Jo Maugham told PinkNews: ”As every law student knows, if you make a four pronged instrument for manual digging you’ve made a fork, however much you insist you’ve made a spade.

“And that’s the issue in this case. It is by its activities – which are focused on the exclusion of trans people – that LGB Alliance reveals what it truly is. And we don’t think those activities are charitable.”

In response, LGB Alliance will argue that Mermaids has no legal standing to bring the appeal, and say that the allegation that its true purpose is to attack trans people is “unfounded and malicious”.

LGB Alliance will argue that the expansion of trans rights like reform of the GRA and affirming healthcare for trans youth poses direct threats to LGB people, and therefore that as a charity it is working for the protection of LGB people.

The tribunal at London’s General Regulatory Chamber began on Friday (9 September) and will continue until 16 September. 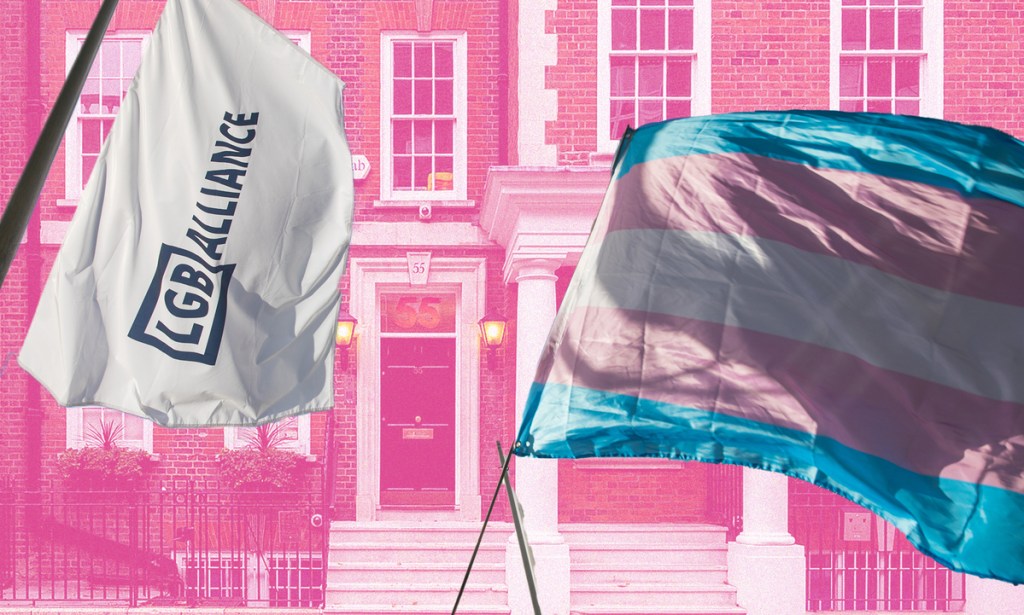 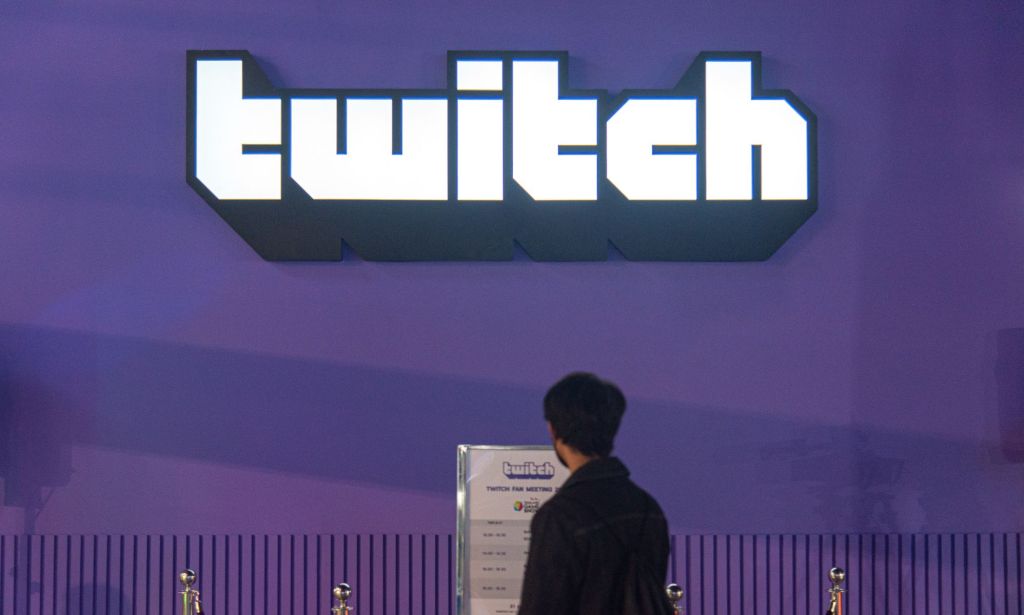 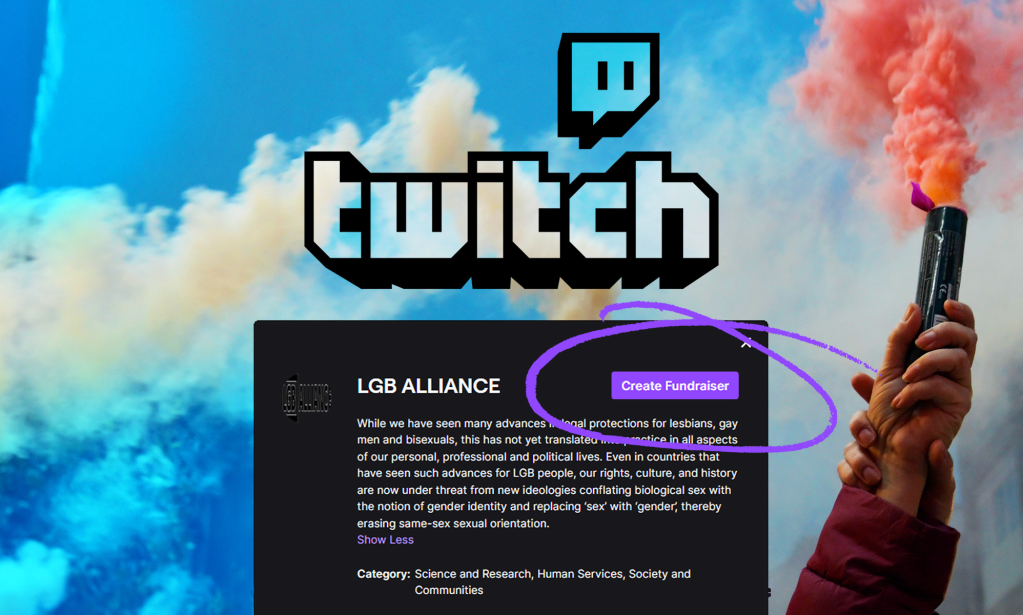 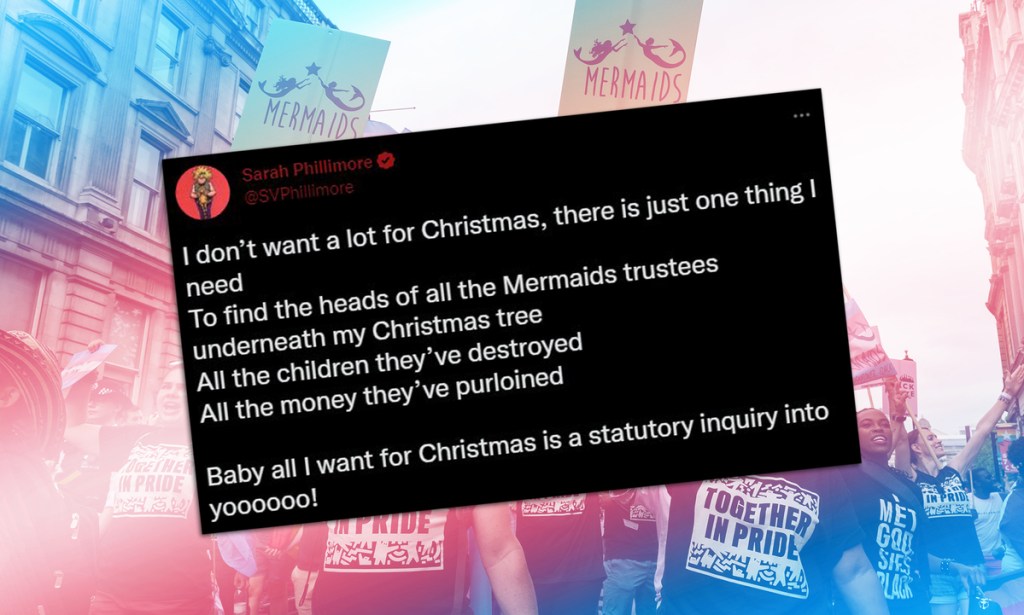 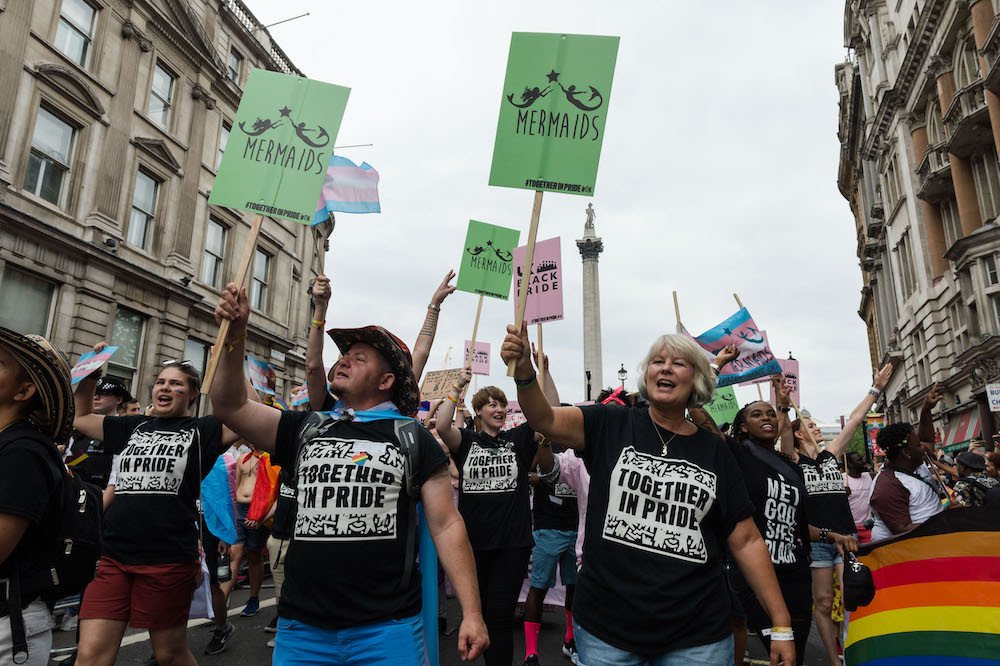